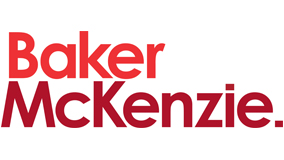 What I wish I knew… that asking for help isn’t a sign of weakness.

I wish I’d known that depression is an illness with physical symptoms. The loss of appetite. The exhaustion. The insomnia. The insomnia-induced exhaustion. The exhaustion-induced insomnia. The inability to move quickly or, some days, much at all. The physical challenge of just getting up the stairs to bed some nights. The physical challenge of just getting out of bed some mornings.

I wish I’d known that depression and anxiety are really common. That while everybody’s experience of these illnesses is different, there are also well-established ways to treat them. That there is lots of information out there on where and how you can get support. That there are great organisations like Mind, the Blurt Foundation and the Samaritans (to name just a few) with really helpful websites. That there are books like ‘Reasons to Stay Alive’ by Matt Haig and ‘I Had a Black Dog’ by Matthew Johnstone that could help me to realise that I wasn’t the only one struggling with these illnesses. That J K Rowling’s writing about the dementors in the Harry Potter books would describe depression better than I ever could when I was struggled to explain it to other people.

I wish I’d known that getting help isn’t a sign of weakness. That the scary step of arranging to see a psychologist for talking therapy would turn out to be one of the best things I did. That going onto antidepressants didn’t mean I was a failure. That there were other things I could do that (sometimes) helped things seem a little bit better: mindfulness, fresh air, exercise, gardening, music, colouring, surrounding my desk in ever more pot plants.

I wish I’d known that asking for help from work didn’t mean they would think I was a write-off. That they would be understanding and supportive. That reducing my working hours for a while to give me a bit of extra breathing space and ‘me time’ didn’t mean that I wouldn’t be capable of going back to full-time work ever again. That it’s not the end of the world if you get so overwhelmed you cry in your boss’s office. That being ill didn’t mean that I would have to stop being a lawyer. That once I opened up about anxiety and depression, I’d find out that there were many other people in the same boat that I’d never have guessed were struggling

I wish I’d known that gradually, with therapy, medication, time and a lot of support from family, friends, and colleagues, I would start to feel better. That progress would sometimes feel exhausting and impossible, but that it was real and it was worth it. That things would be up and down for a long while, but that the ups would start to outnumber the downs. That I would learn to manage the downs and that the downward spirals would get shorter and easier to spot coming. That I would be able to sleep through the night again. That my friendships would survive. That I would start to enjoy things again.

I wish I’d known that you probably can’t ‘fix’ someone who is unwell and you probably shouldn’t try – just being there for them and with them might be what they really need. That asking someone ‘how are you?’ and really listening to the answer might be the most important thing we can do for someone who is struggling. That when we ask ‘how are you?’ we are really saying ‘I care about you’ and ‘I am still your friend’ and ‘I don’t think you are a freak’.

What I Wish I Knew – Nick Elston

What I Wish I Knew – Mubariz Mujtaba

What I Wish I Knew – Abigail Marsden

What I Wish I Knew – Sylvia Bruce

What I Wish I Knew – Tabitha Beaven

What I Wish I Knew – James Martin

What I Wish I Knew – Jonathan Phelan

What I wish I knew… you are not alone and talking does help.

Mental health and researching your dissertation