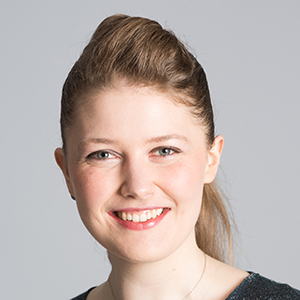 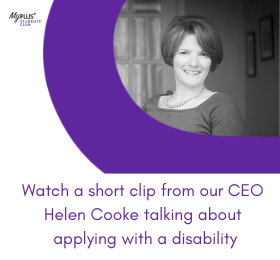 ‘Disability’ is not necessarily synonymous with ‘obvious’. Wheelchairs may be unmistakable indicators that their occupants experience difficulty with mobility, but there are many disabilities that are not so immediately identifiable because there are no outward signs that anything is amiss. Deafness, for example, is often labelled as a hidden disability. This is because, with the aid of modern technology, many deaf people can speak clearly with normal voices and their miniaturised hearing aids are buried deep inside their ear canal so that they cannot be seen.

The ‘paradox’, however, is that having a hidden disability is both a gift and a curse: a gift because it enables us to navigate the world without our ability being questioned; a curse because it can isolate us. It is harder to access the rest of the world or ask for help when others struggle to understand, or even acknowledge, the additional burden that you have to carry.

The ‘irony’ is that many deaf people actively seek to hide their disability. Advertisements on television and in the newspapers promote the virtues of ‘invisible’  hearing aids. There is obviously a huge commercial market for devices that hide deafness, with many deaf people being prepared to pay a great deal of money to disguise their disability. Even cochlear implant manufacturers are proposing the next ‘desirable’ stage of developing TICIs (totally implantable cochlear implants) so that none of the cochlear implant device is visible. This is seen as the ultimate cosmetic improvement for cochlear implant recipients so that they can present themselves to the world as ‘normal’. Yet, the ultimate irony is that this technical camouflage cannot possibly help any deaf individual to be accepted and understood by those around them. Instead, it cultivates an unhealthy culture amongst the deaf of denial and secrets.

The questions that need to be asked are: “Why is it so wrong to be seen to be deaf?” and: “Why is it so important to deaf people to hide their deafness?” There are many answers, but ultimately none of them are acceptable. Perhaps the overriding fear of the deaf is that, if their hearing aid (or cochlear implant) is obvious, they will be immediately judged and labelled, before they have had a chance to show who they really are. So, it is better to hide and struggle and pretend to understand, because this is more likely to promote acceptance. This is particularly damaging because no assistive hearing device is a cure for deafness, so to pretend to be ‘normal’ is essentially living a lie. Also, any misunderstanding in communication will be assigned to the wrong causes. Indeed, hiding deafness is probably even more likely to lead to additional labelling of being ‘stupid’, ‘eccentric’ or just downright ‘rude’, as key parts of conversations are misheard and responded to inappropriately.

Recent events have shown that it is possible to change attitudes to disability. The 2nd. Invictus Games will be held this year. This is an initiative spearheaded by His Royal Highness Prince Harry encouraging limbless armed service veterans to use competitive sport to enhance rehabilitation and to promote greater public understanding and respect for the issues that their life-changing injuries present. The profile of limbless veterans has been raised tremendously by this royal patronage. Another validation was the choice of Cassidy Little, (a former medic who lost his right leg below the knee during a tour of duty in Afghanistan) to become a champion on BBC’s ‘Strictly Come Dancing’. There could be no greater measure of both public acceptance and respect than gaining that particular trophy on one of the most popular programmes on television, where the public vote determines the winner.

I do not think it is my imagination that I am seeing more limbless veterans walking down the street with their prosthetic limbs on display. Whereas before they would be hidden under long trousers and sleeved shirts, they are now fearlessly exposed to public gaze as their owners’ stride along wearing T-shirts and shorts whatever the weather: confident that people will see and understand, without censure.

Oh, how I would welcome this feeling of openness and comfort for the deaf! After all, our deafness is the auditory version of a missing limb: it is a sensory amputation. Also, our hearing aids are just as much of a prosthetic as an artificial limb. There should not be any shame in having lost our hearing, because it is rarely our fault, so equally there should be no feeling of embarrassment in wearing any kind of assistive hearing device, displayed for all to see.

Ultimately, it is not fair for us to struggle with our deafness alone, but it is also not fair for the ‘abled’ either, to be so consistently tricked and misled by deaf people wearing ‘invisible’ hearing devices. Perhaps now is the right time for a change in the public’s perception of deafness. Perhaps like the courageous service veteran amputees, it is time for us to be brave about our disability and become more open and honest about the challenges that deafness presents.

Disability in the workplace through a deaf prism

Invisible Disabilities – a guide to being open

Student life with an invisible disability

Studying with a hidden disability